It appears to us at Smead Capital Management that investors are behaving in a way that will damage their capital and cause them to suffer stock market failure. In 2022, as the favorite tech stocks of the last ten years got trounced, individual investors poured $100 billion into mutual funds and ETFs dominated by ownership of the very stocks which have created the most damage to their results. We get asked all the time if we are stepping up to the plate on stocks like Apple and Google, for example.

Citigroup’s quant team came up with a list of ten highly thought of tech stocks that have fallen sharply this year and argued that contrarians are buying them because it would be the kind of contrarianism you would expect from investors:

In turn, they included a list of very strong performers from last year and called selling them the contrary thing to do:

This leads to some very important questions. First, what is the history of bear markets like this one following financial euphoria episodes like the one which died in late 2021? Remember, Charlie Munger called it the biggest euphoria episode of his career because of the “totality of it.” We will examine the 1929-1932 Roaring Twenties bear market (RCA), the 1973-1974 Nifty Fifty bear (DIS and KO), and the DotCom Bubble bear of 2000-2003 (MSFT, CSCO, INTC). How did the stock market, as represented by the Dow Jones Industrial Average (DJIA), and the formerly popular stocks of the prior euphoric bull markets do in the second year of the bear market that followed?

The answer is terrible (say it like Charles Barkley)! 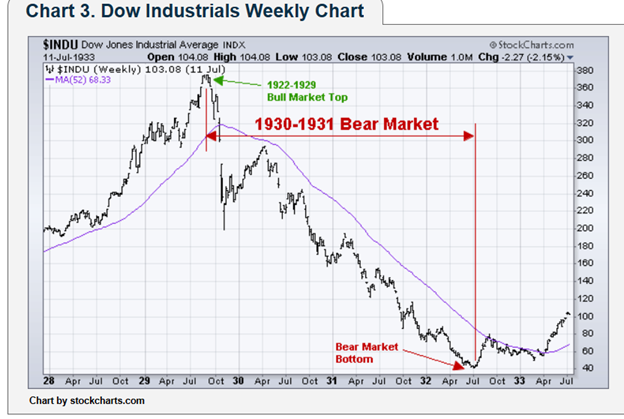 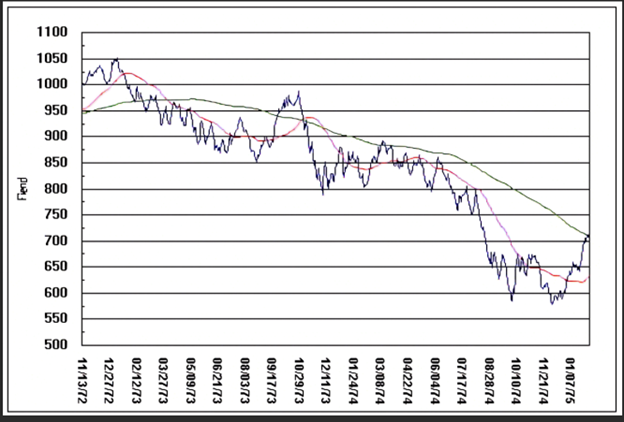 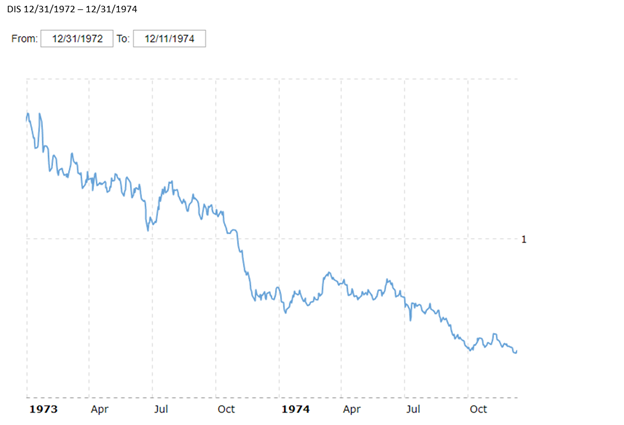 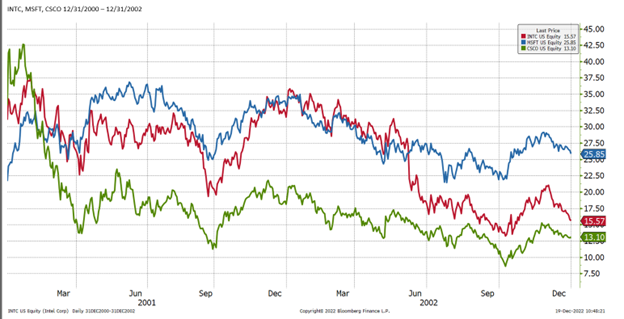 Second, does buying the list of losers look contrary vis-à-vis analysts’ opinions on the stocks which got hit hard in 2022 versus the ones which went up? The answer is that there is rampant bullishness in the shares of most of the ones which have gone down immensely other than Intel (22.9% bullish analysts) and some bullishness on the part of the gainers list in Glencore (GLCNF), Conoco (COP) and Schlumberger (SLB). However, there are significantly fewer analysts covering the list of stocks that went up this year. This would make contrarianism unreliable in the stocks which have gone down the most. We’d like to bring special attention to the analyst’s consensus on OXY: 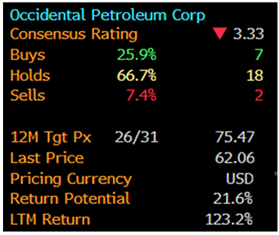 Third, what do you pay to participate going forward in the two lists? The average price-to-book ratio of the two lists is 4.45 times book on the ones which have gone down and 2.84 times book on the list of recently strong performers. From a historical standpoint, it would be hard to argue that these former glam tech stocks provide historically good value even though they are dramatically cheaper than one year ago.

In conclusion, using price declines alone to be contrary is intuitive but should be the beginning of your research. We are being extra careful in this environment and expect to get more access to bargains in the next year. We keep that vigilant eye while we carry our usual optimism toward companies that meet our eight criteria for common stock selection. We continue to believe that inflation will be a persistent problem going forward and want to own companies that we believe will benefit from changing investor appetites. As always, fear stock market failure!

This Missive and others are available at www.smeadcap.com