3Q21 Newsletter: Inflation is a Wolverine

The media and the economics profession are treating inflation like it is a friendly puppy dog. They think you can take it out of its pen and play with it for a while. The popular theory is that you bring it out in a severe dip in economic activity and when the economy gets back on its feet, you kindly ask inflation to crawl back into its pen like any good puppy dog would do.

Unfortunately, most economists aren’t old enough to have been conscious of the inflation of the 1970s. It was a wolverine, which was let out of its den in the late 1960s and the early 1970s. We believe that those circumstances from 40 years ago are being repeated.

Here is how Britannica describes a wolverine:

The wolverine has no natural predators, is among the meanest of animals and leaves a stench everywhere it goes. What triggered the last big episode of inflation in the 1960s and 1970s?

First, the U.S. government provided the kind of northern terrain that the inflation wolverine likes to live in. We fought a very expensive and unwinnable war in Vietnam with over 500,000 troops halfway around the world. We simultaneously expanded the Federal government’s reach into assistance for low-income Americans via what was called President Johnson’s “Great Society.” Most of this was done with borrowed money and was dubbed “Guns and Butter.”

Third, the Organization of the Petroleum Exporting Countries (OPEC) decided to embargo oil to the U.S. The price of oil exploded to the upside, shortages developed quickly, and gasoline was rationed. The inflation wolverine was being fed by circumstances which exacerbated its damage to both the economy and the stock market.

There aren’t too many things that are good about being 63 years old and 41 years in the investment business. In this case, we can tell you what went on back then firsthand. Bill Smead was 16 years old in 1974. He got his driver’s license just in time for freeway speed limits to be lowered to 55 MPH from 70 MPH and to sit in gas lines for his parents to buy the 10-gallon gas limit on odd or even days as it was rationed. The inflation wolverine rocked our world and effectively threw gas onto the inflation fire.

Lastly, policy makers made every attempt to put the inflation wolverine back in its cage. President Nixon tried wage and price controls. The Federal Reserve raised interest rates, then would quickly back off as economic activity sharply declined in those tight money episodes.

The wolverine is noted for its strength, cunning, fearlessness, and voracity. It may follow traplines to cabins and devour food stocks or carry off portable items; its offensive odor permeates the invaded cabin. The wolverine is a solitary, nocturnal hunter, preying on all manner of game and not hesitating to attack sheep, deer, or small bears.

What is laying the groundwork for this era’s inflation wolverine?

We have been fighting the pandemic war against the COVID-19 virus and have expanded Federal government assistance to the masses (not just low-income Americans). You could call this “Vaccines and Butter.” The butter in this case are “stimmy” checks, rent abatement, PPP loans, ultra-low interest rates, child tax credits and tax payment extensions. 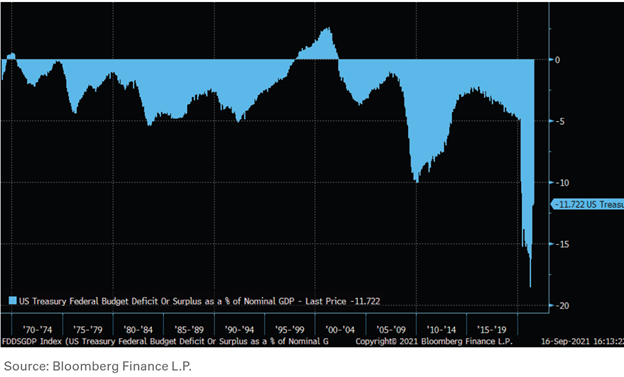 The demographics show that 90 million millennials are replacing 65 million GenXers in the key 25–45-year-old age bracket. Savings accounts are at record high levels over the last 60 years. All the “food stocks” are in place for the inflation wolverine to devour and inflation is ready to leave its stench in the U.S. economy. 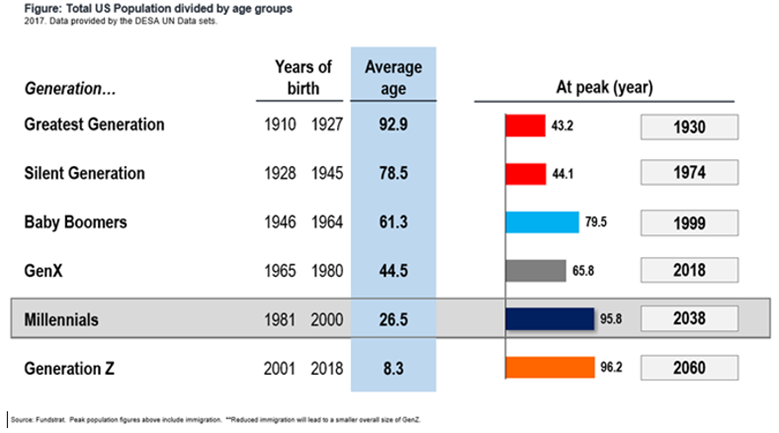 Lastly, the “Arab Spring” torpedoed oil prices in March of 2020 and shutdown 40% of U.S. oil production. This was just in time for a political majority in Washington D.C., which would like to see dramatically higher energy prices drive behavior toward cleaner transportation fuels and less release of carbons. These policies effectively ration oil and gas. 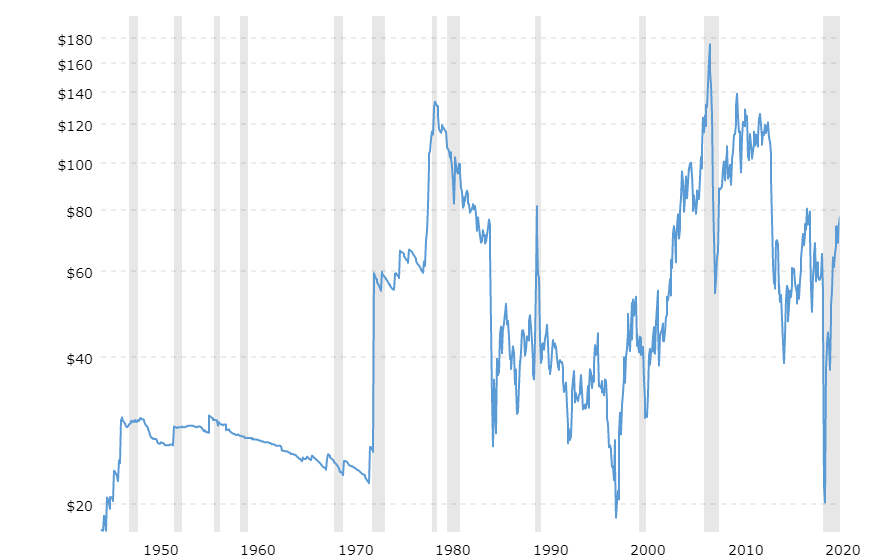 Will policy makers get in the way of this mean-spirited predator? If today’s reports are any indication, the current administration is doing more to feed the inflation wolverine than to get in its way. They are talking about raising interest rates and the Federal Reserve backing off of buying existing bonds, while the carcasses of financial animals are being prepared for the inflation wolverine to ravage them with lower price -to-earnings ratios (P/E) and stock market failure.

By virtue of being the largest owner of 10 to 20-year Treasury bonds, the Fed is in no position to preempt the inflation wolverine, because they own such a large part of total bonds outstanding. The Federal government is in a similar position to that of speculators when they try to corner the market in a commodity or set of securities. Those bonds would get crushed in price by higher interest rates.

Is it possible to make money when the inflation wolverine is dominating the economy? 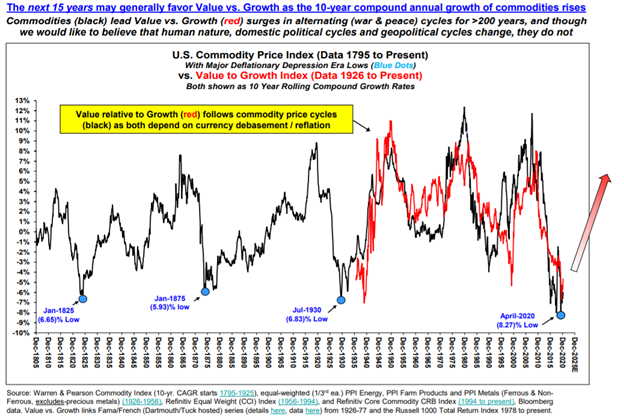 Second, bet that owning a home is one of the only ways that average households can defend themselves from inflation. 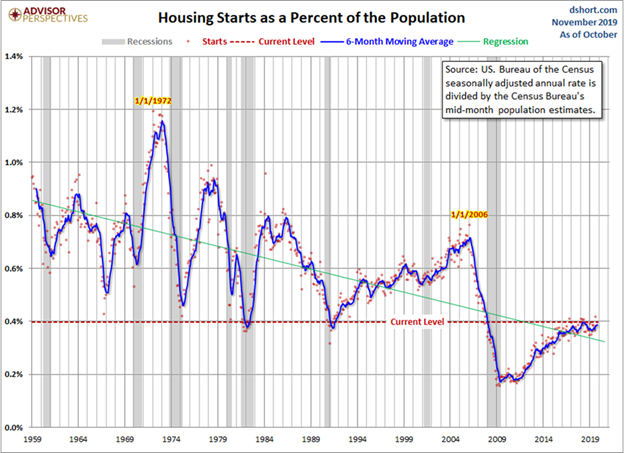 Third, get away from expensive tech-related businesses, growth stock strategies and indexes loaded with high price-to-sales ratio stocks. In the first oil embargo in 1973-1974, growth stocks got destroyed and took the S&P 500 Index with them. They bottomed in 1982! 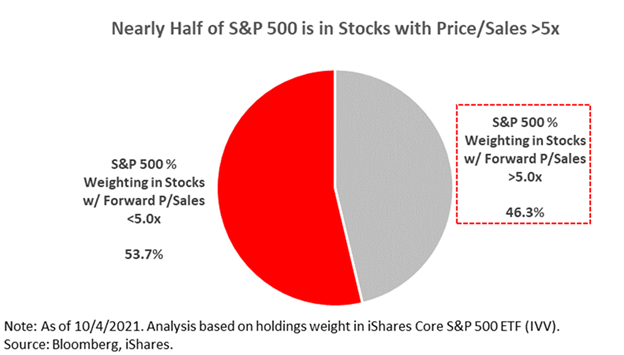 This is how the S&P 500 Index behaved as the wolverine inflation ravaged common stocks:

Lastly, when the wolverine inflation comes, bet on real estate. In the movie, Gone with the Wind, Scarlett O’Hara got in a heap of trouble during reconstruction after the Civil War in the South. She could hear her deceased father whispering, “Why, land is the only thing in the world worth workin’ for, worth fightin’ for, worth dyin’ for, because it’s the only thing that lasts.” This is how the NAREIT Index did in the 1970s, because it was one of the only things that could withstand the wolverine inflation back then: 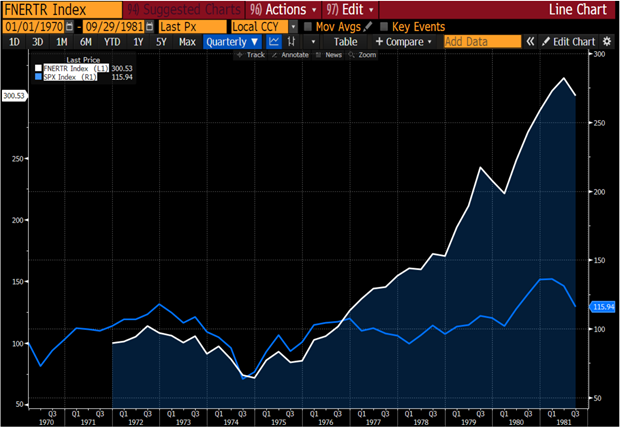 In conclusion, we are likely at a seminal moment in the stock market where many of the traditional ways of participating could lead to stock market failure. Wolverine-style inflation could dictate investment performance for many years. Thank you for your faith in our discipline via application of your capital and patience with our security selections.

The recent growth in the stock market has helped to produce short-term returns for some asset classes that are not typical and may not continue in the future. Margin of safety is the difference between the intrinsic value of a stock and its market price. The price-earnings ratio (P/E Ratio or P/E Multiple) measures a company’s current share price relative to its per-share earnings. Alpha is a measure of performance on a risk-adjusted basis. Beta is a measure of the volatility of a security or a portfolio in comparison to the market. FAANG is an acronym for the market’s five most popular and best-performing tech stocks, namely Facebook, Apple, Amazon, Netflix and Alphabet’s Google. Growth investing is focused on the growth of an investor’s capital. Leverage is using borrowed money to increase the potential return of an investment. Momentum is the rate of acceleration of a security’s price or volume. The earnings yield refers to the earnings per share for the most recent 12-month period divided by the current market price per share. Profit margin is calculated by dividing net profits by net sales. Quality is assessed based on soft (e.g. management credibility) and hard criteria (e.g. balance sheet stability). Value is an investment tactic where stocks are selected which appear to trade for less than their intrinsic values. The dividend yield is the ratio of a company’s annual dividend compared to its share price.

This newsletter contains general information that is not suitable for everyone. Any information contained in this newsletter represents SCM’s opinions, and should not be construed as personalized or individualized investment advice. Past performance is no guarantee of future results. There is no guarantee that the views and opinions expressed in this newsletter will come to pass. Investing in the stock market involves gains and losses and may not be suitable for all investors. Information presented herein is subject to change without notice and should not be considered as a solicitation to buy or sell any security. SCM cannot assess, verify or guarantee the suitability of any particular investment to any particular situation and the reader of this newsletter bears complete responsibility for its own investment research and should seek the advice of a qualified investment professional that provides individualized advice prior to making any investment decisions. All opinions expressed and information and data provided therein are subject to change without notice. SCM, its officers, directors, employees and/or affiliates, may have positions in, and may, from time-to-time make purchases or sales of the securities discussed or mentioned in the publications.